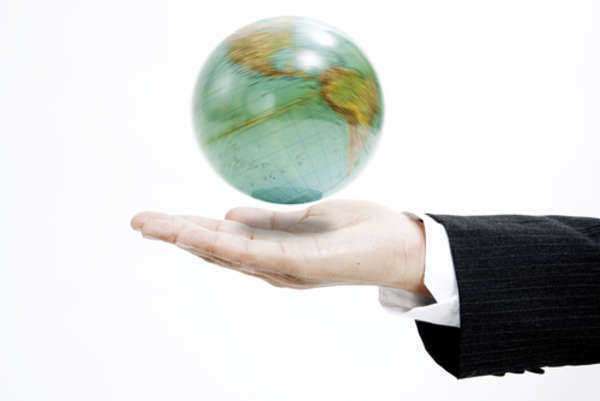 Enron rapidly fell from being one of the strongest, fastest growing companies in America to needing to file for bankruptcy and sell off all holdings. It happened because Enron had actually never been quite as strong or as quickly growing as it had appeared. Enron had, in reality, been hiding its practices and obscuring its finances in dense, complicated contracts and bizarre accounting procedures so that no one could successfully determine the real financial state of the company, and instead had to rely purely on the company’s own statements about its growth.
Enron began as an energy company selling natural gas in 1985. In a very short time, it had become the biggest natural gas company in America, and after that it grew even larger. It expanded into different products and industries and even expanded beyond American borders. The company was consistently praised by financial analysts, winning Fortune’s “America’s Most Innovative Company” designation for six years in a row.
Enron, for all that it was, a powerful company which periodically received criticism for some unethical, profit-based practices, was in general held to be a strong example of proper business practice. The fact, then, that this company was the source of such a tremendous scandal that rocked America in 2001-2002 took everyone by surprise, though in retrospect it makes a great deal more sense.
Enron’s success had come entirely from a series of policies and goals which were unsustainable and unethical. A focus entirely on profit, regardless of what action needed to be taken to generate that profit, lay at the core of many of Enron’s nastier practices, alongside a focus on short-term gain over long-term stability.
The company’s executives took every possible route they could to bend the rules and laws governing their practices in order to better generate profit for themselves, even as the consumers suffered for such practices. All of this led the company to its downfall in the huge, well-remembered scandal which then, in turn, led to the implementation of the Sarbanes-Oxley Act.
Deregulation is the process by which markets are left less and less restrained by government restrictions and regulations, so that those markets can profit from freedom. Deregulation involves the elimination of as many government provisions against particular business practices as possible, excluding provisions against blatantly fraudulent practices. The idea of deregulation is that it will lead to a free market, which will be tremendously more profitable for all involved and will overall stimulate growth and success.
Effects of deregulation, however, are not as clear cut as many advocates would suggest, as evidenced quite clearly by Enron and its unethical actions. Enron took advantage of the deregulation of numerous markets to charge higher prices, passing on costs to consumers and thereby making tremendous profits. It lobbied strongly against any attempts to reinforce regulations. Enron also manipulated the deregulation of the California energy trade in order to artificially create an energy shortage, which allowed it to drive up prices and earn major profits, even on the eve of the company’s dissolution.
It is possible that greater regulation of business would have led to the discovery of Enron’s fraudulent practices much sooner, although this has not been determined and is hotly contested by many who continue to support deregulation. Regardless, Enron certainly rose to power thanks to deregulation, meaning that deregulation paved the way for the Enron scandal. To find out more about the relationship between Enron and deregulation, click the link.
Enron’s bankruptcy would have been unfortunate and would likely have hurt the market, but it would not have been anywhere near as damaging to countless individuals if there had been some warning that it was coming thanks to proper, truthful financial reports. Unfortunately, Enron’s downfall was characterized by practices focused solely on profit.
In order to better continue a flow of profit into the company, Enron had used accounting practices that artificially inflated its income reports, such that the company appeared to be making substantially more money than it actually was.
Enron reported the entirety of its transactions as profits, instead of reporting only the brokerage or trading fees, as was considered standard practice for companies of Enron’s nature. Enron also attempted to prevent any losses from showing on its financial reports by siphoning off losing subsidiaries and selling them to holding companies which were actually owned by Enron, thus allowing it to lend itself money and somehow report those loans as profit.
These practices were made even worse by the fact that Enron was not acting with blatant criminality. It was not falsifying documents, but instead was simply bending and twisting the rules as it saw fit in order to better serve its own purposes. Follow the link for more information about Enron and its practice of manipulating its financial reports to inflate its apparent profits.