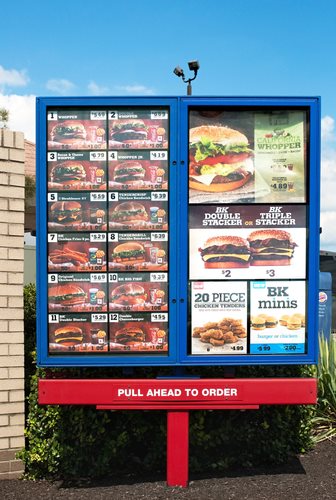 Hungry Jack's began business in 1971 as the exclusive franchise of Burger King in Australia. In 1991, the contract between the two businesses was renewed. The contract included a "termination clause" stating that Hungry Jack's was responsible for opening four new franchise locations a year. However, the contract contradicted itself with another clause which stated that as long as Hungry Jack's opened at least two new locations in a year, another year's worth of a "grace period" would be granted.

In reviewing the contract, the court considered the question of "good faith." Because the contract in question was not a standard commercial agreement for which precedent concerning good faith had not yet been established, the court had to rule on whether there was an implicit, justifiable reason to assume such a basis for business. Taking into account Burger King's attempts to prevent Hungry Jack's from opening more locations and use of internal information provided by its informant, the court ruled that Burger King's actions were taken with the direct intent of harming Hungry Jack's to allow Burger King to open its own locations.

As a result, the court ruled in favor of Hungry Jack's and ordered that Burger King pay roughly 71 million in Australian dollars. Burger King appealed the decision but was not successful in this attempt. The case is considered in the Australian legal system for introducing "good faith" as a measure of determining the merits of two parties' actions when involved in a contractual dispute. The case is often cited as a precedent in such cases.