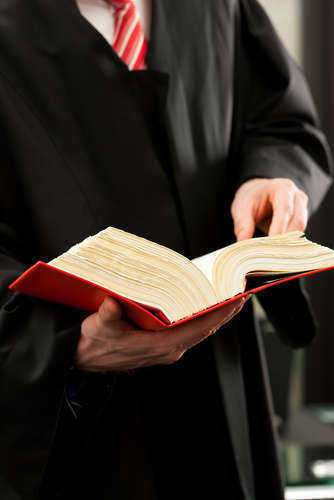 The United States legal system is made up of a complex set of laws governing nearly all aspects of life. However, within the United States there is quite the process for an idea to move into a law. The process for creating administrative law happens at every level of government. Yet, administrative law developed at the Federal level supersedes all other laws created within the United States.
There is a long process to create administrative law within the United States; usually administrative law is analogous with creating laws for proper business practices. While the process can be long and arduous, it seeks to ensure a balanced approach in creating a law that benefits the interests of all parties involved in a fair manner.
Within Congress an administrative law can begin in either the House of Representatives or the United States Senate. The law in development will begin in the proper House or Senate subcommittee, usually the banking and financial subcommittee but it can come out of other subcommittees as well since many regulate different sectors within the economy.
After the administrative law is developed in committee, it is then moved onto debate within the House or Senate general floor. Usually revisions are made to accommodate all parties interested in the law. In many ways this emphasizes the use of compromise by the legislators in order for their parties interested to be fairly represented.
After the general floor debate where revisions are outlined, the administrative law in question moves back to the subcommittee to undergo changes. Once complete, it is presented back to floor for a general vote. If enough votes are received to pass the bill in the House or the Senate, whichever began it, it moves over to the other side of Congress and the same process will take place.
At certain times bills are even developed at the same time in both chambers. The most important part during the exchanges and subsequent revisions between both chambers comes down to reconciling interests of both the House and Senate in order for Congress to agree as a whole on the law.
The sign of agreement is that the administrative law being developed, now in completed form, is passed by both the House and the Senate. Afterwards, the law can finally go to the desk of the President.
However, while the law moves to the President’s desk it does not necessarily mean that it will be signed into law. The President can veto the bill if he disagrees with some fundamental concepts found within it, and thus, it can then move back to the chambers of Congress where if both chambers pass the bill with three-fourths of the majority voting in favor, it would then become a law.
There are many steps involved for an idea to transform into a law. It can take a long time, in some cases, because disagreements between representatives can be great. However, the process ensures that most administrative laws represent the will of the people who elected the legislators.

What are Creative Partnerships?

Know Your Methods of Taking for Value