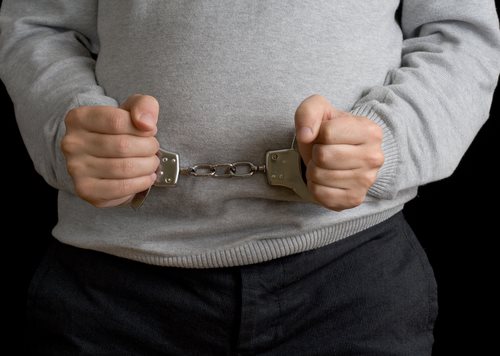 What is Entrapment?
In the criminal context of the law, entrapment occurs when a law enforcement agent induces an individual to commit an offense that the person would otherwise be discouraged or unlikely to commit.
In a legal sense, entrapment occurs whenever a government agent or police officer deceives an innocent person into committing a crime; the most common examples of entrapment take place when an undercover police officer conducts an exchange of drugs or sex to a buyer who typically would not partake in such a transaction.
That being said, if the court determines that the charges against the defendant were based on entrapment, the individual will not be convicted of the crime. The laws which surround police or governmental entrapment were created to prevent such agents from coercing the average law abiding citizen into committing a crime and subsequently arresting the individual on the spot.
The majority of entrapment charges typically stem from vice crimes that involve gambling, prostitution, internet sex or drugs.  This presence is widely due to the fact that law enforcement agents have the authority to pose as drug dealers, prostitutes, pimps. Gambling bookmakers or other professional criminals.
Contrary to the popular belief, in these instances, a law enforcement agent does not have to reveal his or her true identity when asked; it is not deemed police or government official entrapment if an undercover officer presents an illegal good to a potential buyer. In these situations, the buyer will commit a crime once the deal has been finalized; a criminal act only takes place when the exchange of the product or money is made and not during the initial contact with the undercover police officer or agent.
Entrapment as a Criminal Defense
In the majority of jurisdictions throughout the United States, entrapment is a possible defense against criminal liability. That being said, an entrapment defense will not be heard in a situation where the person was ready and willing to break the law. As a result of this definition, entrapment will not be grounds for a defense if the participating government agent or law enforcement professional was merely involved to provide an opportunity for the individual to commit the wrongdoing.
Law enforcement agents, to avoid later accusations of entrapment, must understand their particular limitations when going undercover and during a sting operation. For example, an undercover agent working as a prostitute cannot initiate conversation that ultimately leads to the customer’s solicitation offer.
In this circumstance, a defendant arrested for soliciting a prostitute could legally claim that the undercover agent was flirtatious or generated the deal by making physical contact before he or she identified him/herself as being a prostitute. The general defense revolving around this matter is that the officer’s behavior and not the defendant’s intention led to the crime.
In most instances, entrapment is very difficult to prove. The majority of sting operations are conducted based on probable cause; entrapment cases rarely revolve around random citizens and the defendant’s case typically demonstrate a previous history of similar criminal actions.
As a result, the core principle of entrapment, which is providing an opportunity to commit a crime, is typically placed on those individuals who have a history of participating in such illegal acts.