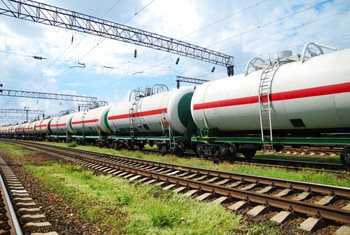 What does a Gas Company do?
Gas companies produce, manufacturer and distribute gasoline-based products throughout the world. Gasoline, also known as petrol, is a petroleum-derived mixture which is used for fuel in combustion-based engines.
There are two forms of gas companies in the United States: private gas companies and public gas companies. Although this categorization is somewhat broad, it can be further defined by the roles in which gas companies deliver. A gas company, in the public definition, is a utility that provides gas to residents and various entities in a particular location. Public utilities are funded in part by a government agency, and the products delivered are considered necessities to property owners throughout the United States.
In contrast, a private gas company delivers petroleum-based products to motor-vehicle operators and various consumers in the United States. These companies are purely profit-based and will price their products in relation to the supply and demand of oil.
Legal Issues Associated with Gas Companies
Although the services offered by gas companies are considered necessities, the underlying product contains viable threats to both human health and the environment. Gasoline contains hydrocarbons which are carcinogenic agents that, on a large scale, present an enormous threat to public health and the environment. In addition, the chemical structure of gasoline is highly flammable. When gasoline is heated or interacts with fire it is highly explosive.
Gasoline is also a source of pollutant gases. Gasoline produces carbon dioxide, nitrogen oxides, and carbon monoxide. When these gases are emitted through the use of an engine they adversely affect our atmosphere’s protective layers.
These characteristics present great challenges in regards to the safe use and delivery of petroleum-based products. The most common threats associated with gasoline companies are delivery spills. When gasoline is spilled (for example, when a delivery truck gets in an accident), the leaked gasoline is not only flammable but emits corrosive pollutants into the atmosphere. These pollutants also pose a threat to human beings. When gasoline is chronically inhaled it can damage one’s health.
The effects of a gas spill are typically catastrophic. The pollutants combined with the threats of a conflagration can precipitate deaths and an environmental disaster. When these unfortunate situations arise, the gas companies are held liable and are typically punished by various forms of government and sued by the individuals or entities of the particular jurisdiction in which the spill or leak occurred.
If mishandled or delivered in violation of safety protocol, the negative externalities attached could potentially cripple a community. As a result of the product’s inherent dangers and the stress it places on the environment, gases and our reliance on oil is a widely debated political issue.