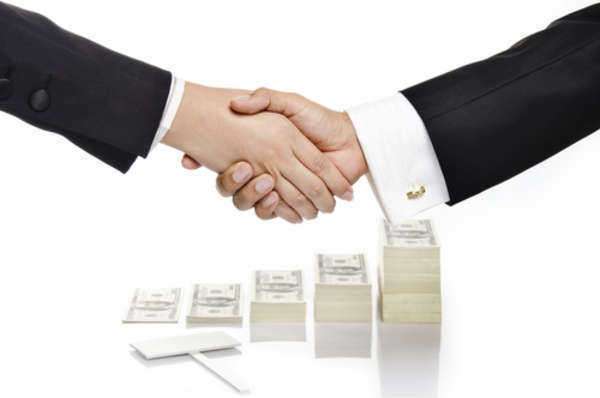 What is a Merger?
A merger is a common business transaction that occurs when two corporations or companies combine to form a single entity. A merger is similar to an acquisition or takeover; however, in the case of a merger, existing stockholders of the underlying companies involved will retain a shared interest in the new agglomeration. By comparison, when a company acquires another business, the purchase includes a bulk of the acquired company’s stock, therefore creating a skewed balance of ownership in the newly formed corporation.
A merger process is typically kept secret from the general public and the majority of employees at the involved companies. Additionally, the majority of merger attempts, for one reason or another, do not succeed; as a result, it is very difficult to estimate how many potential mergers occur in a given fiscal year.
Mergers are typically administered and coordinated by an investment banker; these finance professionals’ aid in transferring ownership of the company through the delivery of a strategic issuance the subsequent sale of stock.
Reasons for a Merger:
A merger will be sought for a number of reasons; some maneuvers will be beneficial to the shareholders of the involved companies and some formations will not. The classic reason for a merger is to combine a profitable business model with a company who experiences significant losses. The purpose of this maneuver is to utilize the losses of the involved company as a tax write-off to offset the profits. In addition to writing-off the profits, this merger example will also expand the corporation as a whole effectively increasing the company’s ability to reach a broader consumer base.
The primary goal of a merger, particularly amongst larger corporations, is to increase a corporation’s market share. Through a merger, say with two major competitors in the same industry, an involved company can dominate the particular market in which they compete in. This ability enables the involved companies to freely initiate pricing and buyer incentives. This reason for a merger may precipitate problems for it may trigger litigation or liability issues regarding monopoly laws.
Another common merger is used to bring together two companies that produce different, yet complementary products. This example of a merger may also involve purchasing a company which uses or controls an asset found in the other company’s supply chain.
A common example of this merger exists when a major manufacturer buys out a warehouse chain to save on shipping and warehousing costs, along with generating a profit directly from the purchased business. The most notable example of this merger, at least recently, can be found in PayPal’s merger with eBay. This merger, through the incorporation of PayPal, allowed eBay to avoid transaction fees, while merging two complementary products together.
Difference between a Merger and an Acquisition:
Although these terms are used synonymously, a set of distinctions, upon evaluation, is present. When a company takes over another business and subsequently establishes itself as the new owner, the purchase is referred to as an acquisition. From a legal standpoint, the target company (the company being purchased) ceases to exist; the buyer assumes the business and the buyer’s stock maintains an active status.
By contrast, a merger occurs when two companies agree to move forward as a single entity rather than remain separately owned and operated. That being said, these mergers, which are referred to as “mergers of equals” typically do not occur. In a more common merger, one company will buy the other, as part of a contract’s terms, while allowing the acquired firm to proclaim that the action is a merger of equals, even if technically an acquisition.