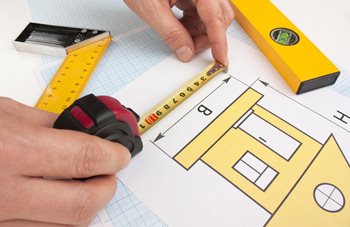 What is a Construction Company?
Construction is directly tied into the fields of civil engineering and architecture. It is a process that consists of building an infrastructure. As a result of this role or procedural description, a construction company is responsible for building structures, in both the commercial and private sectors.
A construction company pools together a variety of resources to assemble all forms of structures in a streamlined and thorough process. A construction company is not a single entity and does not carry out one role, for they are large-scale multitasking agencies that incorporate a plethora of human capital and machines.
To assemble a building, home, or structure, a construction company must operate in the most efficient manner possible. Typically, a construction site (the actual location where the infrastructure is assembled) is managed by a project manager and supervised by a construction engineer, a construction manager, and project architect. These individuals represent the hierarchy of the construction company. The supervisors and project managers delve out orders to the workers who physically assemble the foundation and the
structure itself.
In addition to the hierarchy, the assembling of a building must be effectively planned. For the successful execution of any construction site, those involved with the building must incorporate a cost/benefit analysis which deals with numerous factors that stretch beyond the tangible aspects of construction. For instance, the environmental implications of the job, the successful scheduling of the construction project, the budget, and most importantly the safety measures of the project should be exhaustively planned.
Legal Considerations
The construction of a building or a private home must fit into the legal framework governing the particular property. The construction company must work in accordance with the laws which govern a particular piece of land. These laws include the governmental regulations for the use of the property and all obligations that are created in the tangible process of construction.
All construction projects must adhere to the specific building code and zoning requirements established by the particular local government which resides over the property in question. Constructing a project that fails to follow these codes will not benefit the owner and will reveal a multitude of problems in the future.
The laws which govern the construction process are aimed at preventing cataclysmic events in the future. Explosions, bridge collapses, faulty structures, and wrongful deaths are examples of certain calamities that can occur if a construction company fails to adhere to the governing laws of their project. If such unfortunate moments take place, the construction company will be liable for the damages and injuries that resulted from their negligence.
All construction projects contain a series of complex net contracts and an assortment of legal obligations, each of which must be considered. Construction projects are unique because they incorporate multiple relationships between businesses, various private entities, and government departments. These agents must work in conjunction with each other to deliver the assembly of a structure in a specifically allotted time. A failure to assemble the structure on time will result in a delay and a subsequent forfeiture of monies.