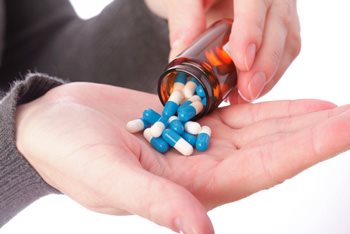 What is a Pharmaceutical Company?
A pharmaceutical company is a business aligned with the pharmaceutical industry. Pharmaceutical companies develop, produce, and market various drugs and medicines to be used as forms of medications for various ailments or disorders.
Pharmaceutical companies deal with a wide array of drugs, in both generic and brand forms. As a result of their product and the side effects and potential dangers associated with medicinal drugs, all domestic pharmaceutical companies are stringently regulated by the United States Government.
Research and Development
To create medicine and various forms of drugs, a pharmaceutical company will embark on a process known as “drug discovery.” This process denotes the tangible creation and design of various drugs which are used to treat a wide array of ailments or disorders. This process is held separately from “drug development”, which refers to the activities undertaken after the specific chemical or compound is identified as a potential form of medication. Both processes incorporate a rich scientific understanding and are essential to the formation of all drugs and medicines.
Similar to other markets, the pharmaceutical industry incorporates a profit-based business model into the production of various drugs. Although a corporation will spend money to innovate and research potential elixirs to various ailments, the end goal of a pharmaceutical company is two pronged: realize a profit and produce a drug that harnesses benefits and penetrates the consumer market.
Controversy in the Pharmaceutical Industry
Before a drug can be produced it must be tested to eliminate any chances of dangerous or life-threatening side effects. As of late, there have been increasing accusations and findings that a clinical testing (administered and funded by the underlying pharmaceutical company) are more likely to deliver positive results for the preferred product.
In the United States, all pharmaceutical products must be tested and subsequently approved by the Food and Drug Administration of the United States Government before the product can be distributed to the consumer base. The drugs in question must be evaluated and regarded as both safe and effective before the product can be widely distributed and sold.
The process undertaken by the Food and Drug Administration involves the submission of an Investigational new drug filing which incorporates sufficient pre-clinical data to support proceeding with the involvement of human trials. If a pharmaceutical company fails to satisfy the testing requirements instituted by their particular government and the product yields significant risks to the consumer base, a recall or a termination of the drug will be administered.
Legal Issues
When a Pharmaceutical Company releases a drug without a proper understanding of the medication or without conducting thorough clinical trials of the product, civil lawsuits can arise given the occurrence of drastic side-effects.
If you have taken a commercial drug and were the victim of heinous side effects or a debilitating reaction, you are entitled to file a tort claim or malpractice case against the pharmaceutical company. Before you embark on such a trial, you must incorporate a legal professional who is well-versed in drug-related injuries. The goal of such trials or claims is to reach a financial settlement which will award the victim of the case an opportunity to recoup the losses incurred from physical and emotional damage.

What Makes for a Good Marketing Plan?

Look Into the Evolution of the LLC