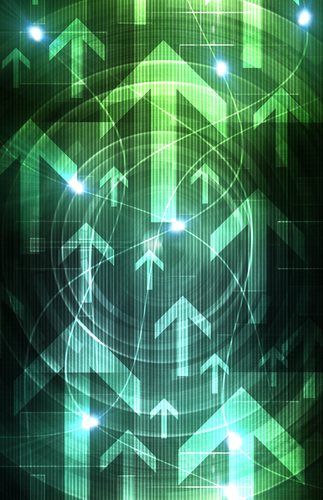 Limitations on Agency Powers
The founding fathers of the United States grew up in a world where absolute power was common, and even expected in some cases. For this reason they write a constitution that would divide government into three separate but equal branches- the legislature, the office of the executive, and the judiciary. Under each of these branches are various agencies that help deliver day to day services and ensure the government is meeting all of their public needs. However, because the branches are divided so are the roles of different agencies. The ones located within the legislature are there to create and regulate other agencies, many of which found in the executive branch. What is created by the legislature is in turn carried out by the executive branch of government. These agencies are responsible with the actually carrying out the laws and rules of the country and are responsible to the chief executive who in turn is responsible to the legislature. Lastly the judiciary, also does have different agencies, but as a whole do not “carry out’ policies but make sure all policies are in accordance with the laws of the country most importantly the Constitution. Their chief job is to review laws or adjudicate between aggrieved parties.
Judicial Controls
Judicial controls on power are limited to the courthouse. While they may seem powerful, the ability to strike down any law in theory, there is inherently internal limits to their power. First of which is to strike down a law or adjudicate between parties, aggrieved members of society must bring their case to the courthouse. Equally the judiciary cannot create laws. While some argue that is exactly what judicial activism does, the courts are simply engaging in a time old practice of legal interpretation. In many cases if laws were written clearer the courts would have a much simpler task ahead of them. They are also insulated, at the federal level, from political scrutiny so their job becomes less focused on politics and chiefly focused on the application and interpretation of the United States legal code. For judicial control to come into play there needs to be a stated grievance by either the public or in between government agencies, otherwise the courts are hamstrung because in theory they cannot necessarily seek out cases through the prosecutor’s office- at either the state or federal level.
Executive Controls
The executive branch has many different responsibilities to the public. They also exercise a great amount of control in this capacity because they are charged with delivering public services. While the courts review legality and the legislature creates the laws, it is up to the executive branch to administer. This is their greatest control although it is limited by legislative and judicial scrutiny. The executive branch is also the most accountable to the public. If a state is running a large deficit, while it may entirely be the legislature’s fault, the governor will be the first targeted by the electorate. One of the biggest controls the executive branch has over this implementation is the appointment of different agency heads and staffing within the selected department. This can define many an executive’s career as at the highest level they oversee and need to make sure the laws are dutifully followed by at times could be very large agencies. The executive branch is responsible for many day to day activities that allow the population to live safely, however the review, creation and funding to achieve these goals are outside the executive branches control. This provides a clear example of separate but equal governance within the United States.
Legislative Controls
The ‘power of the purse’ is one of the largest legislative controls a state or the federal government’s legislature can wield. It falls to the members of the legislature to create laws and allocate funds collected through tax revenue. There are also a myriad of different agencies under the legislature that perform regulatory efforts on both the judiciary and the executive branch. This control is important as it reinforces the concept of checks and balances formulated by the founding fathers centuries ago. While simple in wording it can be very delicate in practice as there are a variety of enforcement agencies and regulatory agencies that can overlap. While overlap occurs, it is not necessarily a bad thing. Overlap occurs between welfare agencies and employment agencies. Yet if the overlap did not occur one agency would be overburden and the regulatory body overseeing the agency would be a much harder time deciphering the correct remedies. The legislature performs a central balancing act within government.