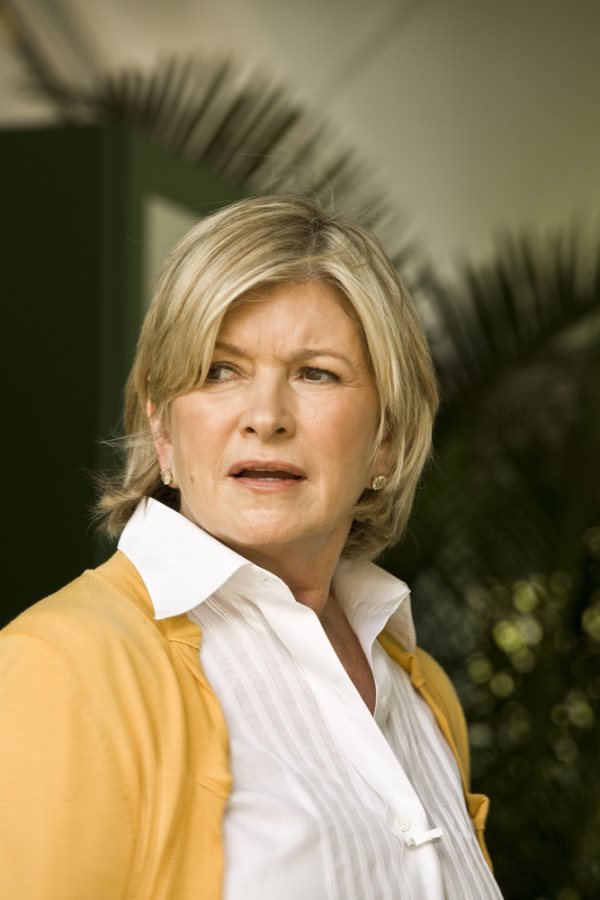 On Tuesday, the home decorating and banking icon appeared before the New York State Supreme court to defend her choice to sign a contract with J.C. Penney even though she struck up a similar deal with rival department store Macy’s.
“We thought, and I hope correctly so that we were allowed to engage in such an activity,” said Stewart, dressed in a brown skirt and matching dress.
When asked whether the public really buys or needs to purchase two enamel casserole dishes at both the rival department stores, Stewart said: “Maybe they have two houses and need two enamel casserole dishes.”
J.C. Penney and Macy’s are fighting in court over whether they can both feature Martha Stewart-branded home appliances and goods in their respective department stores.
The feud dates back to December of 2011, when J.C. Penney purchased a 16.6 percent stake in the Martha Stewart Living line. The transaction was meant to establish mini Martha Stewart stores, within J.C. Penney locations throughout the United States. As part of the agreement, J.C. Penney agreed to pay $38.5 million for its stake.
However, Macy’s already had an agreement with Martha Stewart Living to produce, market and sell the line. As a result of their established agreement, Macy’s struck back by filing suits against both companies. Macy’s claimed its 2006 agreement with the Martha Stewart line gave it an exclusive license to sell and manufacture certain Stewart products, including dinnerware and bedding.
“Our company has invested significant sums, taken risks and endured disappointing results to rebuild the Martha Stewart brand and grow it in several product categories,” said Macy’s spokesman Jim Sluzewski. “J.C. Penney is attempting to harvest the field that was already planted and cultivated by Macy’s.”
Macy’s CEO Terry Lundgren took to the stand early last week to say that he was baffled when he found out that Stewart signed a deal with one of its chief rivals. “I was sick to my stomach,” he told the court.
Although the hurt between Lundgren and Stewart is real, the Macy’s CEO said that the department store has no plans to remove Stewart’s brand in stores.
Eight years ago, Martha Stewart severed five months in prison after being convicted on criminal charges of lying and obstructing justice to federal investigators during an insider trading probe for her role in the sale into the sale of ImClone Systems stock she owned.
Meanwhile, J.C. Penney CEO Ron Johnson is busy attempting to turn J.C. Penney around; the strategies haven’t gone so well thus far as shares have plummeted nearly 50% over the past three years.
Source: CNN